If you ever want to get someone talking, ask them about their roommate. Everyone has a story, especially in New York City, where rent is expensive and finding a roommate on Craigslist is the norm. I set out to design an app that minimizes tension between roommates.

I interviewed 5 New Yorkers and got them talking about their roommates. My goal was to get to the root of the problem and find out why so many people have roommate issues.

“It wasn't that big of a deal at first so I didn't want to confront her.”

Had a negative experience

Kept in touch after moving out

Every story began with a problem that wasn’t "big enough” to talk about. Emotions built up over time, resulting in roommates feeling disrespected, attacked and/or defensive. Ultimately, a lack of communication escalated the problem.

Roommates need help lowering the barrier to communicate because they are afraid of confrontation.

Coming up with a scenario that was easy to relate to helped me to better empathize with my users.

This app needed to encourage roommates to communicate about even the smallest issues by finding an easy, fun, and impersonal way to let them know when they are pissing each other off.

Putting myself in their shoes made me realize that this app needed to solve the problem by diffusing tension. One way to do that is comedic relief.

Initiate a conversation when things begin to build up

Brainstorming through sketching helped me to quickly explore different interactions and layouts.

Creating prototypes out of the sketches helped me to quickly test out the concept I landed on.

Overall, I received very positive reactions from an emotional aspect. I set my users up with the scenario and watched as their frustration turned into laughter. I also wanted to make sure that the language wasn’t offensive. I found that it didn’t bother users at all and actually helped to lighten the mood. 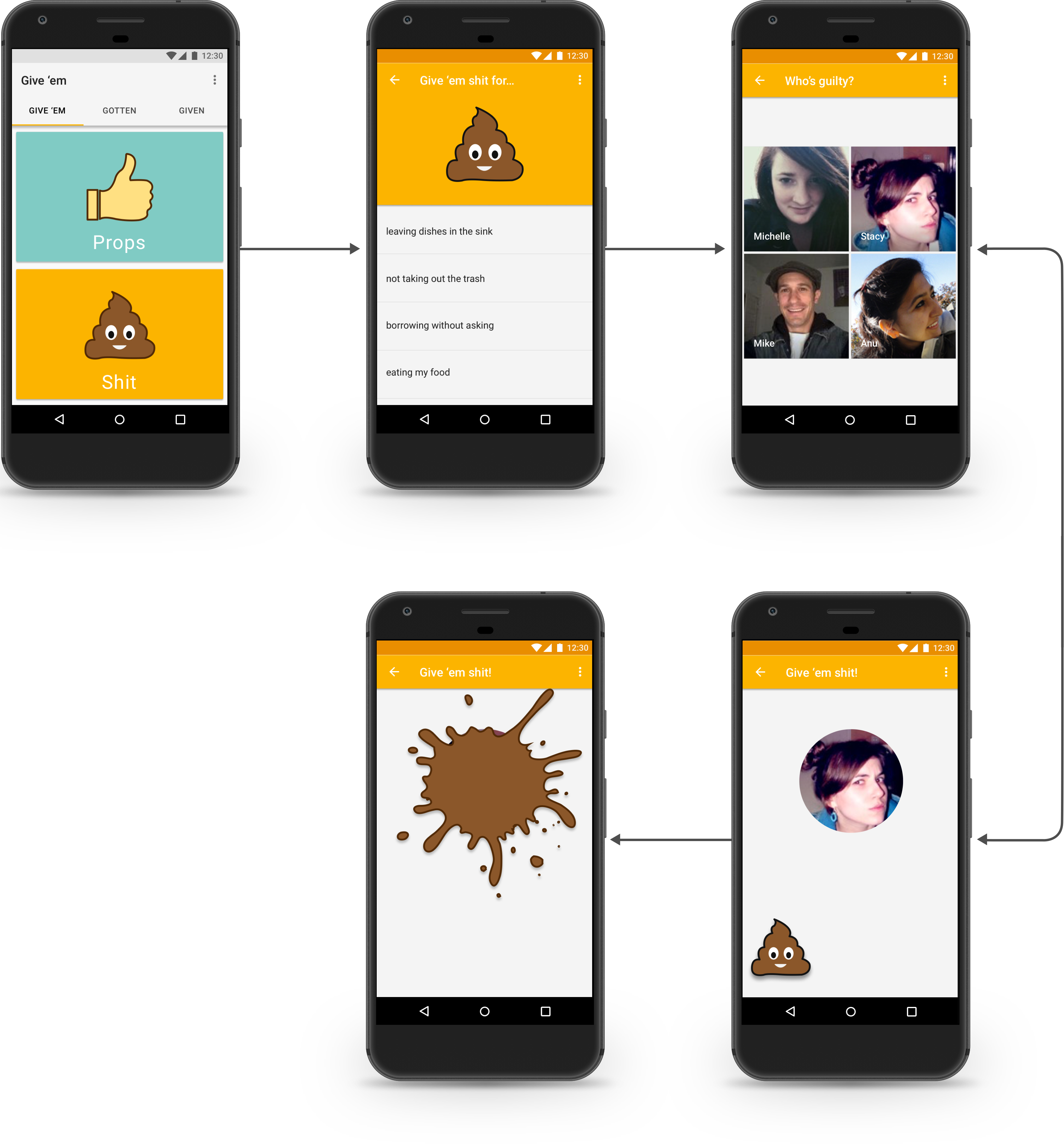